Brian Hamer has been an active member of the Balgowlah community since he commenced a legal practice in the area in the 1970s. Having educated his three children at a local primary school, he and his wife Gai quickly became immersed in the affairs of that school. 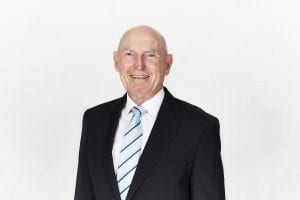 Brian made many contacts with the local community initially through his ten years of service with the Balgowlah Lions Club and later representing Rotary in several activities. In 1991 he was elected as a councillor to Manly Council and served eight continuous years representing the people of Balgowlah. He served as mayor in 1994 and 1995 and retired from council in 1999.

Academically, Brian graduated in Arts and Law from Sydney University and later obtained a Master of Laws Degree in 1980. He has practised continuously as a solicitor in general practice since his admission as a solicitor of the Supreme Court of New South Wales in 1970.

His wife Gai is also active in local community affairs and was recognised for her achievements as Manly Council Citizen of the Year in 2004. His daughter Sadie Hamer worked at the Balgowlah Office of Hamer & Hamer between 2008 and 2019 and assisted with wills and estate matters and daughter Cassandra is a published author and the winner of various prizes and awards for her short stories.

Brian’s son Murray is now the principal of the practice and this will ensure a continuity of service to the clients of practice into the foreseeable future.

Together our team at Balgowlah provides a friendly and professional legal service that is appreciated by their wide circle of clients who not only reside and conduct business in the suburbs surrounding Balgowlah of Seaforth, Clontarf, North Balgowlah, Manly, Manly Vale, and Allambie but also among the northern beaches and across Sydney and New South Wales.

Contact a solicitor in the office most convenient to you by clicking on one of the following links: